The black olm skin has been damaged by foundry sand

In 1991, the high waters arriving from the bursting Karst springs next to the Jelševnik source started overflowing with greyish black sludge. The source of this contamination was the nearby foundry landfill which discarded 50,000 tonnes of contaminated foundry sand in the sinkholes after 1978. The landfill was closed by a clay cover and the situation improved immediately, since the drainage water no longer washed foundry sand further underground. 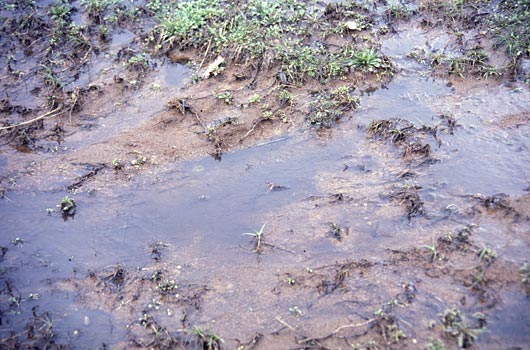 The black foundry sands have damaged the skin of certain black olm specimens who later died due to osmotic issues.

Implications for the black olm

The sharp edges of the silica sand which buried the cave habitat damaged the skin of olm specimens. High waters washed up several injured specimens who later died as a result of their injuries. The analysis of their tissue showed unusually high concentrations of zinc in the skin and the liver of black olm specimens. 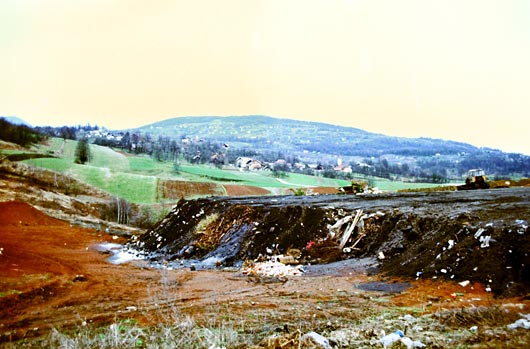 Between 1964 and 1984, the capacitor factory in Semič was carelessly dumping waste with a high content of toxic polychlorinated biphenyls (PCBs) into the surrounding Karst sinkholes. Drainage water washed this waste into the Karstic underground where it reached the groundwater, provoking a real ecological disaster. The latest research shows that the situation is slowly improving. 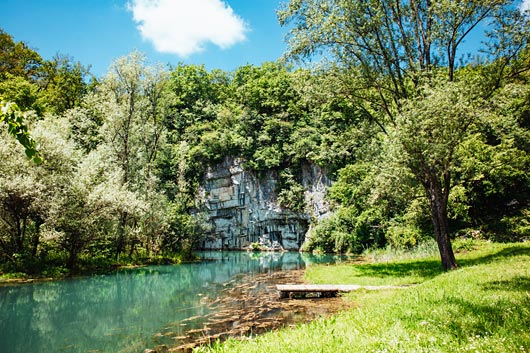 The Krupa springs from beneath a rock face of about 20m. Upstream, it has carved a shallow valley into the rock foundation.

Implications for the white olm

Since the olm is a long-lived animal with a slow metabolism, toxic substances accumulate in its body for a long time. The experts are surprised that the olm in the Krupa River has survived for such a long time while being exposed to such a dangerous substance. The accumulation of large quantities of PCB and its consequences for the body of the olm are not yet explored, which is why it is hard to predict the consequences this could imply for the local population.

On the Karstic soil, we must manage waste dumping with extreme care. Underground connections show that numerous Karstic sources are connected with underground streams. This is why pollution can be transferred a long way, even towards other river basins! 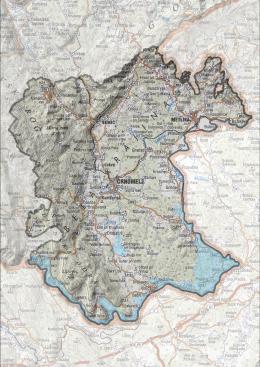