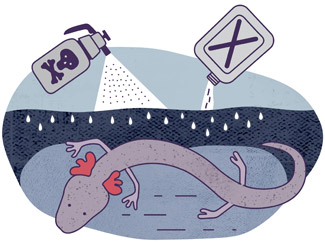 ASSESSMENT OF THE POPULATION CONDITION

The assessment of the population condition shows that something is going on with the olm. It has been estimated that the olm population in Slovenia has decreased. However, the scope is unknown. The number of specimens on well-known and frequently visited locations has reduced. It is true, however, that it is extremely difficult to make an assessment of the population condition, since the underground habitat of the olm cannot be accessed by humans.

Specific DNA analyses have been carried out in order to estimate the population of the black olm. These estimates indicate that the entire population only includes from a couple of hundred to a couple of thousand grown specimens! Scientists asses the condition of the black olm as critical. The reason behind this worrisome fact are numerous sources of pollution and, above all, the fact that they are rather difficult to control (individual illegal building, landfills, biogas plants, intensive agriculture, and viticulture). 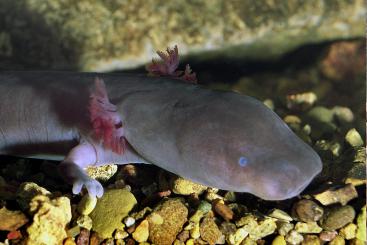 No white olms have been observed at Otovski breg since 2000. (Photo: A. Hudoklin). 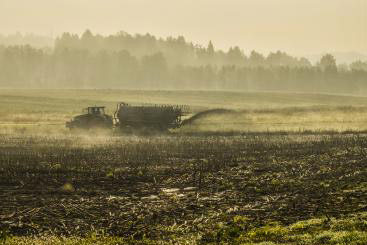