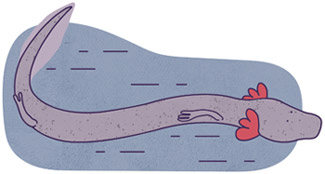 The black olm is endemic to the underground waters of the shallow Karst region of Bela krajina, which means it only lives there and cannot be found anywhere else in the world. Even though its looks don't show it, it is well and truly a cave animal. During the night, it surfaces from the Karst springs where it feeds on lower crustaceans and snails.

So far, 14 localities – sources in the Dobličica and Jelševnik headwater have been discovered, with their total surface amounting to nearly 10km2 of the Karst plain. The extent to which their habitat reaches the underwater flows and continues into the Poljanska gora mountain range is not known. 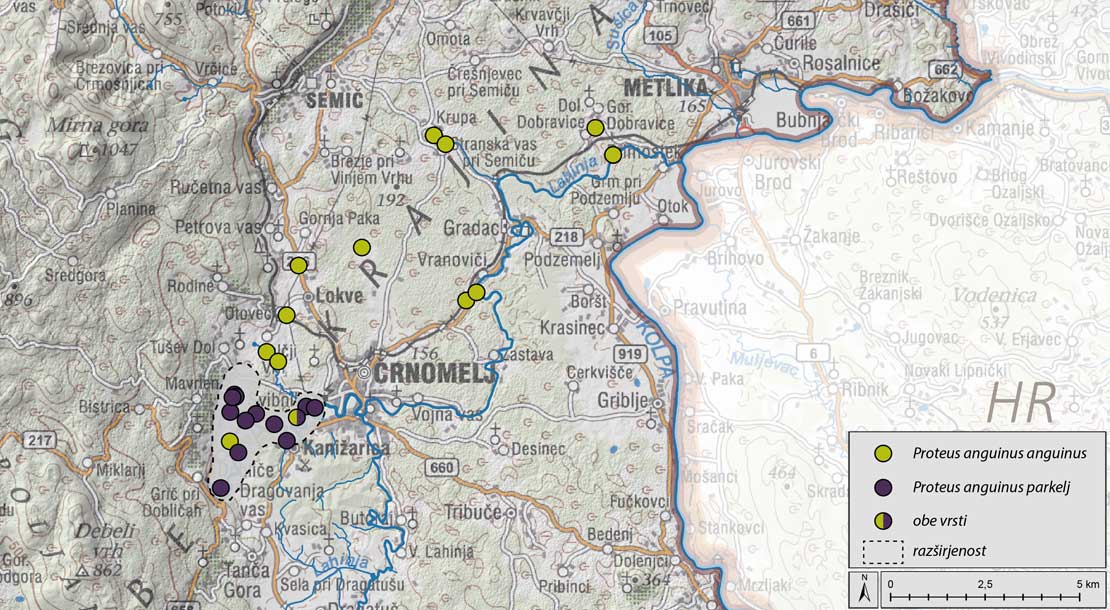